The history of the Camaldolese family in Poland is over 1000 years old. In part, it is also a history of Camaldolese nuns. This book presents development of their first foundation in Poland, which took place atfer the Second World War in Złoczew, a small town 22 km southeast from Sieradz.

The very beginnings of the Złoczew foundation can be traced in 1930s, when few Polish women joined the Camaldolese nunnery in La Seyne-sur-Mer in France. Having passed stages of monastic life, they considered coming back to their homeland. After the end of the war the first steps were undertaken to establish a foundation in Poland. Nuns contacted Ca-maldonese monks in Kraków. It seemed the easiest to open a house for nuns in so called „western territories” aquired in 1945. Nuns were even offered a proposal to settle in Wrocław. Four nuns left their house in France on the 21 August 1948. When they arrived to Wrocław they found that the proposed house had been given to another congregation.

The following months were time of searching for a house for nuns. Finally, they settled in central Poland, in Złoczew, where a church and remnants of the Observantist monastery were given to the nuns by the Bishop of Włocławek, Karol Mieczysław Radoński. Nuns arrived to Złoczew on 10 November 1949. Next few years were time of advanced tries to make the nuns life in their new foundation appropriate for the rules of eremitic life. There were also attempts for a canonical erection of the monastery of nuns, which was performed by the Bishop of Włocławek, Antoni Pawłowski, on 8 December 1956. The same day the convent was granted the papal clausura.

Unfortunately, after next few years the Złoczew convent faced difficult times. Lack of new vocations was a reason for personal and financial problems with-in the community. Inner situation was also affected by outer difficulties. It is well known that post-war years were marked by the rules of the communist govern-ment, what made this time very hard for the Church in Poland.

On 9 September 1962 Primate Stefan Wyszyński issued a decree setting the Camaldolese convent under a supervision of the Ursulines of the Roman Union. After next four years, in 1966, the Primate put the nunnery under a protection of Benedictian nuns in Żarnowiec. That choice seemed best, as this associa-tion of the two communities lasted for over 20 years. For almost all that time a superior of the Złoczew con-vent was a Camaldolese nun. In these years nuns strengthened their relations with the Camaldolese family in Italy, what resulted, among others, in prepa-ration of the renovated constitutions of the Camaldo-lese nuns in Poland. They were approved by the de-cree of the Holy See from 21 November 1990. Mean-while, new vocations appeared and financial issues were put in order. On 6 May 1986 the Observantists passed their property rights of the church and monas-tery in Złoczew onto the Camaldolese nuns. All these events promoted the convents attempts to regain its full independence. This goal was achieved by the de-cree of Primate Józef Glemp from 9 December 1988.

By the end of the 20th century the Złoczew convent underwent dynamic development, made evident by a new foundation of the Camaldolese nuns, based on the Złoczew community. Nuns were accepted by Jan Śrutwa, the Bishop Ordinary of the Zamość-Lubaczów See, who granted them a former parish house and a site for building a church in Tyszowce. The ceremonial introduction of nuns to Tyszowce took place on 14 September 1997.

In 1990 in Złoczew nuns began construction of a new monastery building. It was ceremonially conse-crated by Bishop Ordinary of the Kalisz See, Stanisław Napierała, on 26 August 2004. As there were no new vocations in France and nuns there were aged, Polish Camaldolese nuns were asked to join the convent in La Seyne-sur-Mer. On the 1 March 1990 Primate Józef Glemp officially gave his agreement for the relocation of nuns. Soon after, on 4 June 1990, three nuns de-parted towards France. 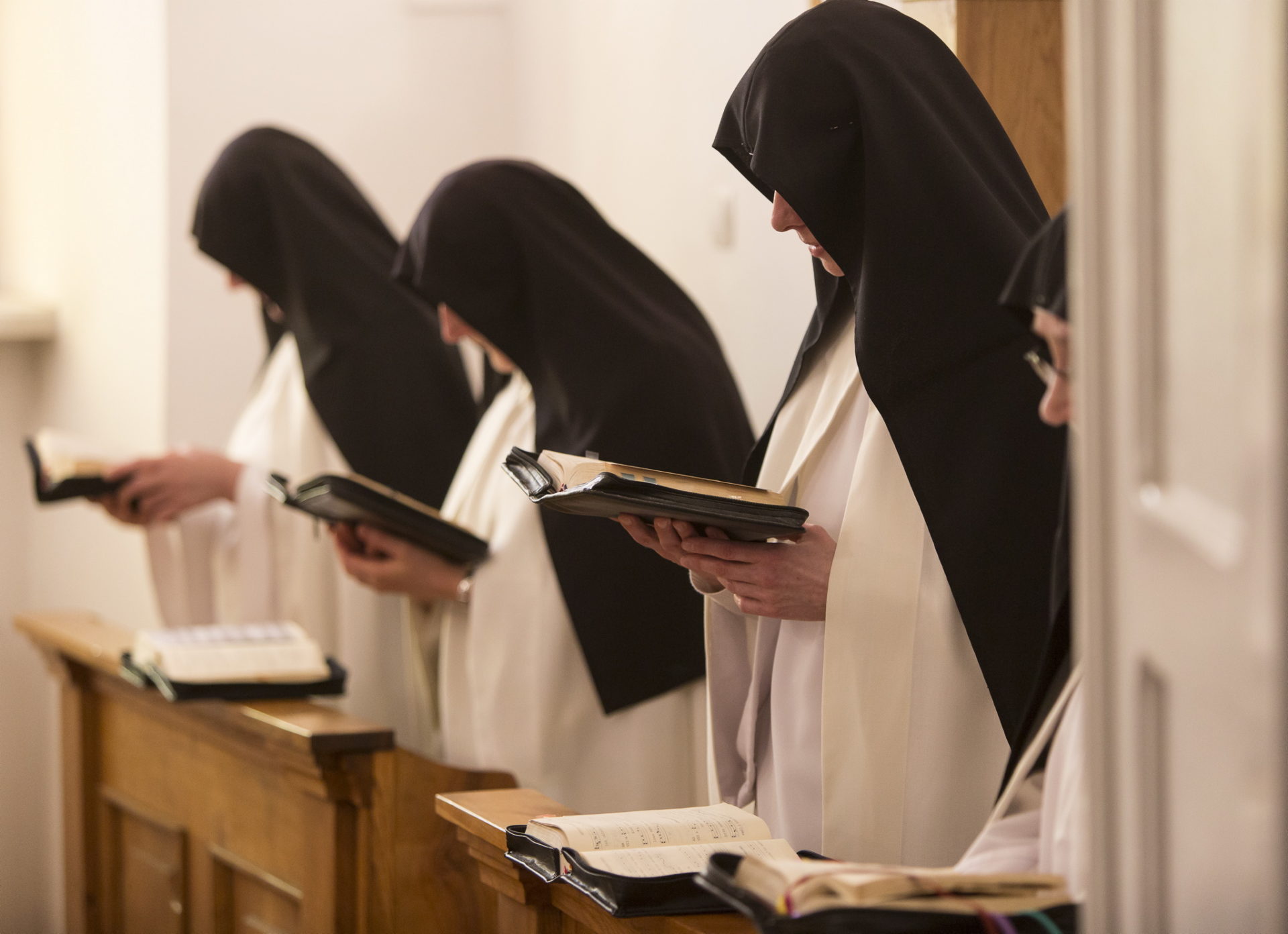